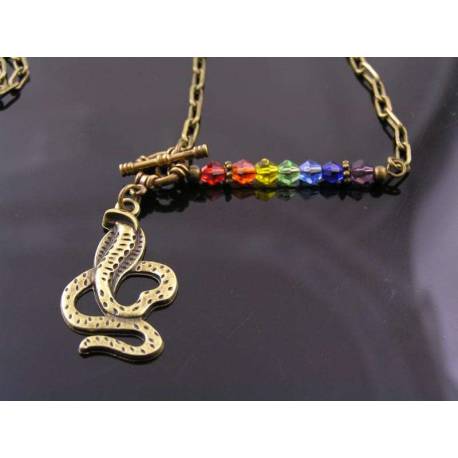 The necklace closes at the front with a smaller size toggle clasp. The circular catch has a curled snake pendant attached, the opposite site with the toggle bar lines up sparkly crystals in all 7 colours of the rainbow.

The elongated cable chain measures 54cm in length, the pendant is 3cm long.

All metal is antique bronze finished.