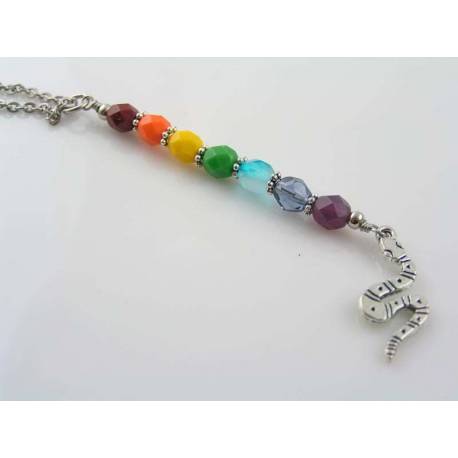 The necklace has a long pendant attached which shows faceted Czech glass beads in the colours of the rainbow. The bead pendant suspends a shiny snake pendant.

The pendant is attached to a 55cm long cable chain (solid stainless steel) which has a little four-leaf-clover charm attached next to the lobster claw clasp.

Total length of the pendant is 9cm.